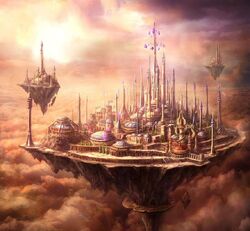 Dalaran is one of the many city-states that was once part of the Arathor Empire. Ruled by the Kirin Tor and their Council of Six, the Violet City is home to the mightiest and most powerful magicians of all mankind. Although the city is protected from any harm by the greatest enchantments human magic can cast, and armed with a vast number of wizards and sorcerers, Dalaran faces an imminent threat beyond the imagination of any of this proud citizens.

Dalaran is located south of Lordaeron, on the other side of Lordamere Lake.