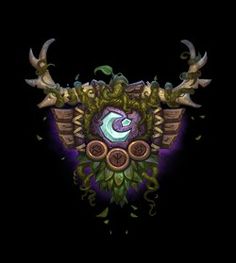 After the terrible sundering that ripped the world apart, a group of Night Elves vowed to restore the land and protect it from further devastation. Naturally connected to the Emerald Dream, they have been awakened to fight against the imminent powers that endanger the World Tree.

Brown is located primarily in northeastern Kalimdor, with a base in the far southwest of the continent. You are shielded from the Horde by your ally light blue so you can focus on fighting gray in southern Kalimdor.