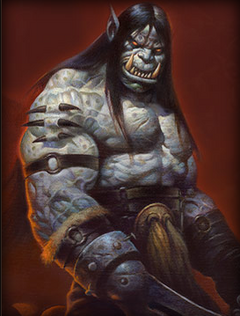 Dark magic wraps itself around the body of a foe, rendering it immobile and dealing damage over time.

The Hero strikes with such force that he damages multiple enemies with his attack.

After many battles, Kargath has become incredibly resilient.