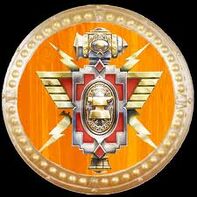 The awakened Dwarves of Uldaman forged a kingdom in the mountains of central Eastern Kingdoms. Ironforge was founded by three Dwarven clans, but they subsequently split. Two of the Dwarven clans, the Wildhammer clan and the Bronzebeard clan are now allied to the Arathor humans to their south and are not far from the northern alliance. The kingdom is populated by Dwarves and Gnomes (gnomes live mainly in Gnomeregan). They now fight alongside the Arathor Kingdom to stop the onslaught of the Fel Horde. Dwarves, led by their infinite curiosity and adventurous heart, they have settled a small encampment on the southern shore of Northrend.

Ironforge is located north of Stormwind. Although its location is a benefit in the start of the game - against teal - it later has to deal with being situated just south of the North Alliance. The Deeprun tram can be built to link Stormwind and Ironforge together.

Obtainable in teh Imperial Quarters, inside of Ironforge.