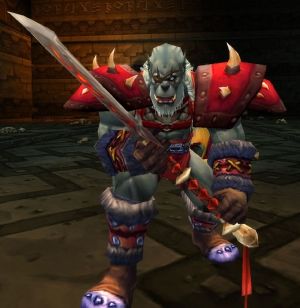 Rend strikes with massive strength maiming his target and even other nearby enemies. Deals damage over time and reduces the targetted enemies move and attack speed.

Causes a bladestorm of destructive force around the blademaster, rendering him inmune to magic and dealing damage to nearby enemy land units.

Increases the movement speed and attack rate of nearby friendly units.

Creates images of Rend Blackhand to fight enemies and dispell all magic from him.

Allows the hero to become invisible and extra movement speed for a period of time.