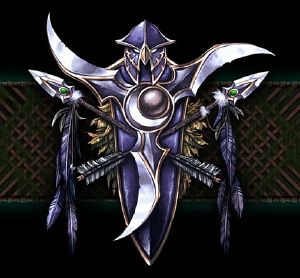 The Sentinels of Ashenvale are a vigilant group of Night Elves dedicated to the preservation of the forests and the worship of Elune. They have been allied to the Druids for generations, and the two share a common history. Their main objective is to protect the World Tree from any harm. They'll have to battle the Horde for dominance over Kalimdor if they want to fulfill their goal.

The Sentinels are situated in Northern Kalimdor, with an important base at Feathermon Stronghold in the south west of Kalimdor. Its relatively small army is bolstered by natural defenses and a Fountain of Health. The sentinels are primarily intended to serve as a buffer for brown to fight and kill gray, and to halt or reverse pink's expansion in the interior of the continent.