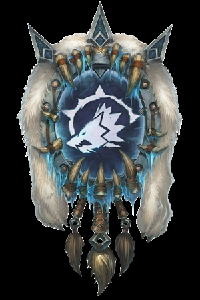 Thrall gathered a renegade group of lethargic Fel Orcs and purged them of any demonic magic. Proclaiming that they should be free of such influence forever, he is poised on freeing his brethren that are held captive in Durnholde. Transport ships are waiting to take them all to Kalimdor. He has also allied several troll tribes. After being seperated, Thrall has allied with the Darkspear Trolls under Vol'jin. While your ally has reached the shores of Kalimdor.

The Horde starts scattered. You should take advantage of that and creep extensively. You start with only Darkspear Hold, but can capture Orgrimmar with Thrall, and Thunderbluff with Cairne.