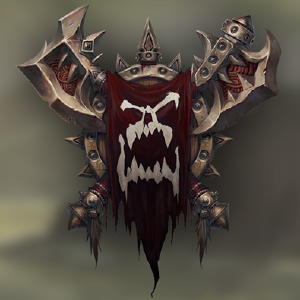 The Warsong clan is an orcish clan, formerly led by Grom Hellscream and is one of the strongest and most violent clans, the Warsong Clan was also one of the most distinguished clans.

The Stonemaul clan is an ogre clan which, after the Second War, separated in two:

Gray has a settlement in southern Kalimdor, Stonemaul Fortress near the center, the capture-able crossroads base, and a small base in the Orgrimmar tunnels.